How To Use Plumbers Tape

What is plumbers tape?

You’ve probably heard of this handy stuff known as plumber tape. It’s a thin white film that comes in rolls and is used to prevent leaks when assembling threaded pipe joints. You may have heard it called teflon tape or thread-sealing tape, but it’s all the same stuff.

The simplest explanation is that it wraps around the thread of a pipe before screwing on a joint. It provides some lubrication to help you tighten the joint, and when you reach the right amount of torque, it creates a seal to prevent water leaks.

What to use it on

Use plumbing tape on all threaded metal pipes. Don’t use it on PVC pipes, instead use cement on the thread to create a seal. Plumber’s tape works best on iron pipes, but you can use it on any metal piping such as copper. It is particularly useful for shower heads, taps and faucets.

How to apply plumbers tape

Don’t skimp when you use the tape. You want to create a heavy seal that won’t leak under pressure. Most plumbers recommend four to six wraps around the threads to create the proper density.

This may seem like a lot when applying it, but once the components are screwed together and fully tightened, all that tape density will compress into the threads and become a strong seal. Use force to tighten the fitting if you have to, it will just make a better seal.

Plumber’s tape comes in a range of sizes. For most domestic jobs, half-inch tape is the best. It is wide enough to repair long pipes, but it’s small enough for most jobs around the house.

Most professional plumbers carry half-inch tape because it is the most versatile. You probably won’t be using the tape as often as a professional, so two rolls should be enough for most people. That will cover you for home repairs and the odd DIY project.

When you unwind the amount of tape you need, you can just pull it to snap it off from the roll. But, be careful of fraying; some cheaper tapes will fray easily and then they are useless for sealing joints. Frayed tape doesn’t fill the threads properly and can make it difficult to screw on the female component.

Search for a decent quality tape that has a good reputation. Don’t just buy the cheapest tape as it is likely to make more work for you.

That’s everything you need to know about plumber’s tape. Once you start using it, you’ll see how it makes pipe repairs easy; you won’t be able to live without it. 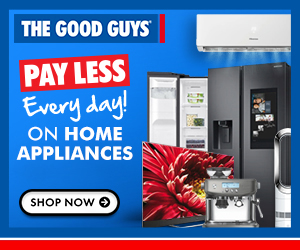